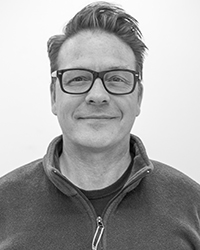 I was raised from an early age in Los Angeles where I began my lifelong fascination with the sea. I’m considered a non-objective painter, best-known for my highly textured mixed-media surfaces with meditative forms.

I began my artistic journey after moving back to the mid-west in the early 1980s, where academic studies took me in the direction of experimental filmmaking. In the early 1990s I held my first solo exhibition of painting and film at the Individual Artists of Oklahoma gallery in Oklahoma City. I will always find inspiration in the special earth tones and native influences of Oklahoma.

The move toward non-representation was a slow progression from my early figurative works, which were often large canvases constructed with encaustic and oil. My early works were influenced by Chaim Soutine and Susan Rothenberg but soon I became interested in the minimalist works of Agnes Martin and Antonio Tapies, within whose painting non-artistic materials are incorporated. In the mid-90s I began working in mixed-media; encaustic, fibers, and paper. In one of my first serious works I added wax and plaster to the paint and incorporated paper, string, and metal (Green and Black, Levitan Gallery, New York City, 1993). 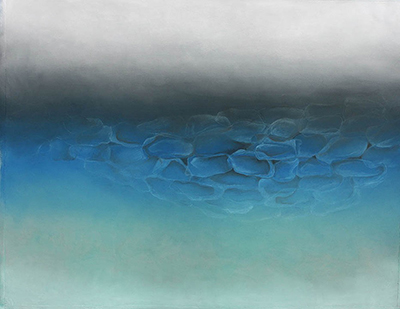 My works began to be viewed nationally and abroad with group exhibitions in New York, Houston, Los Angeles, Paris and Florence. By 1998 I was working both as an artist and educator, becoming a tenured faculty member at Allan Hancock College in Santa Maria, California. From that period to the present, I have worked with the Central Coast artistic community as exhibition organizer and juror for a variety of art shows. Over the last few years I have devoted much of my time and attention to both family (twenty five years with my lovely wife Debra and two beautiful daughters) and academic issues, where I continue to be an advocate for emerging local artists in Santa Barbara County.