The college strives for success in achievement and learning outcomes of the students in various measures of student attainment. Institutional Set Standards are established for completion, awards and transfer based on five year averages set at 95% of the average. The methodology of all institutional set standards is reaffirmed at the college annual planning retreat. Conversely, the Aspirational Goals are calculated by taking five-year averages set at 105% of the average.

Allan Hancock assesses both course completion and success rates as part of the Institutional Set Standards. Overall course completion rates over the five-year span analyzed have ranged between 85 and 89%, with the low in fall 2010. Similarly, overall course success rates have varied by 3 percentage points between 69 and 72% with a low in fall 2010.

The 2010-11 academic year happened to coincide with peak enrollments and FTES for the College as enrollments were growing in both returning and displaced workers and recent high school graduates increasingly denied access to four-year institutions out of high school. In both instances online course completion and success rates are lower than in person course completion and success rates. AHC reports both total degrees and certificates as well as unduplicated (headcount) counts because many students earn multiple awards; reporting unduplicated counts provides a more accurate assessment of how many students are actually successful.

Trends in degrees and certificates reflect enrollment patterns as well as the addition and discontinuance of degrees available. For example, the drop in 2009-10 in degrees is accounted for by a phasing out of “Liberal Arts” degrees, later replaced by Liberal Arts – Non Transfer and Liberal Arts – Transfer. The addition of ADTs will continue to add to the completion data.

As a result of section reductions and scaling back, the number of students earning a degree or certificate hit a low in 2011-12, but have grown considerably since then.

Click on the charts below for a PDF version of the chart. 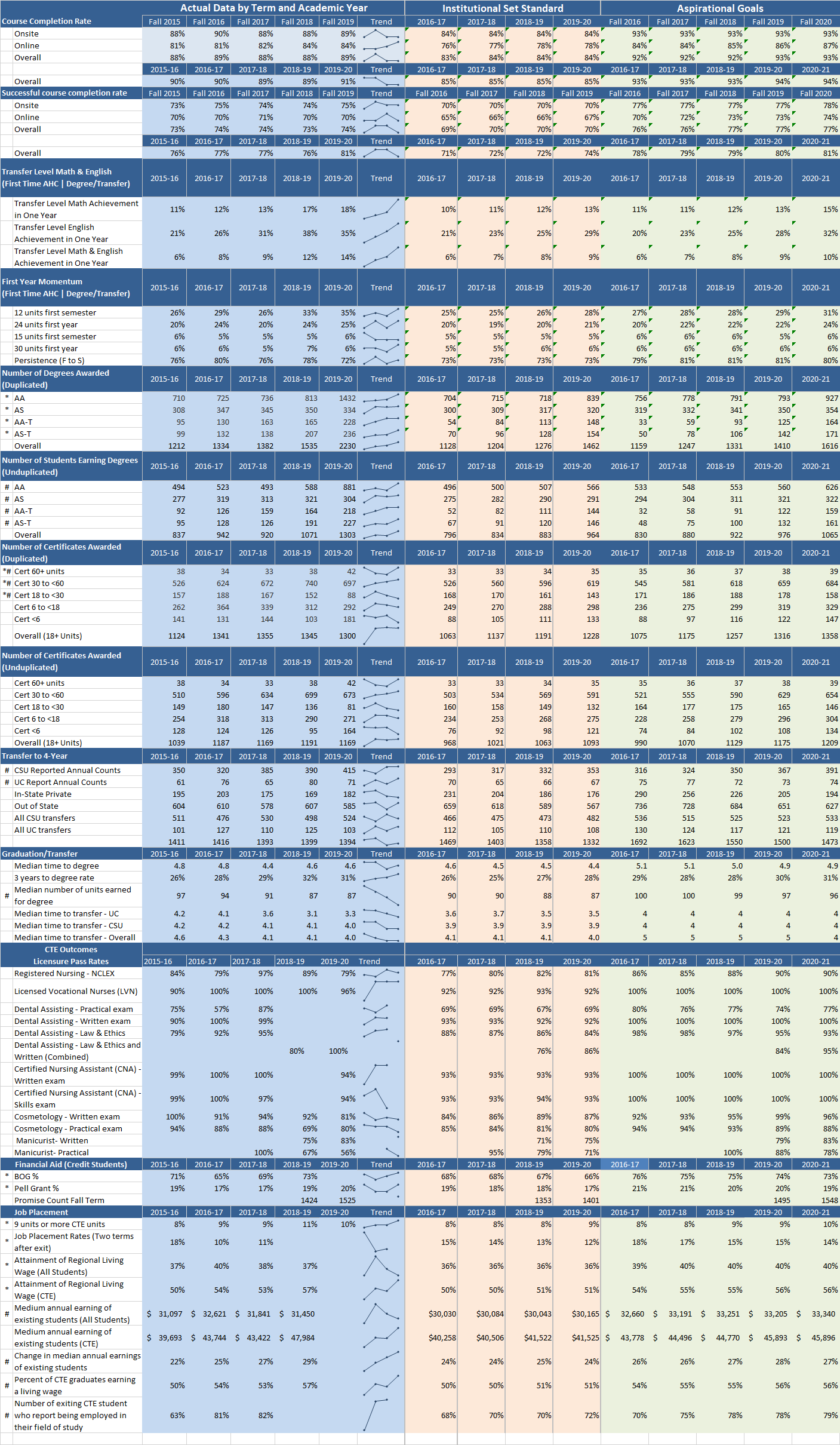