The History of Allan Hancock College 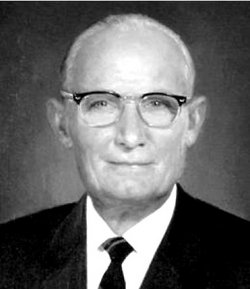 Click photo above to read the biography of college namesake G. Allan Hancock.

Allan Hancock College was founded in 1920 when the Santa Maria High School District established Santa Maria Junior College. Classes were held in high school rooms until 1937, when a bond issue passed and a college wing was built on the northwest corner of the high school campus.

In 1954, because of expanding enrollment, the college moved from the high school to Hancock Field, which for a number of years had housed the original Santa Maria Airport, Hancock College of Aeronautics and, later, the University of Southern California’s School of Aeronautics.

In July 1954, the name of the college was changed to Allan Hancock College to honor Captain G. Allan Hancock, a prominent state and local community leader who owned the land and facilities of the airfield.

Today the district includes all of northern Santa Barbara County and small parts of San Luis Obispo and Ventura counties, including the cities of Santa Maria, Lompoc, Cuyama, Guadalupe, Solvang, and Buellton and Vandenberg Space Force Base.

In 2020-2021, Allan Hancock College celebrated its 100th birthday. From its humble beginnings in 1920 with six students to its four locations with approximately 20,000 students served annually, the college has come a long way.

The college's curriculum has grown to meet the community's needs, from 12 courses in 1920 paralleling the University of California's lower division requirements, to more than 1,000 credit courses today. Programs have kept pace with changing needs since the very beginning, with such courses as airplane mechanics and radio code in the 1930s and ‘40s to agricultural plant pathology, Latino/a studies, and LGBT studies today.

To take advantage of rapidly-changing educational technology, the college began offering instruction on television in 1972, and classes via video in 1989. In 1998, online classes were incorporated into the curriculum, with more than 200 now offered each semester. The college also carries a 50-year tradition of offering extensive evening classes. In addition, classes are offered remotely via Zoom during scheduled meeting times.

The Community Education program, active since 1973, offers hundreds of noncredit and fee-based classes.  Program areas include English as a second language, basic skills, citizenship, short-term vocational and other curriculum areas.

Starting in the late 1950s, the college began to offer remedial instruction, especially in mathematics and English. Since 1974, the Tutorial Center has helped students on an individual and group basis. The resulting search for more effective teaching methods led to the opening of the Writing Center in 1975. The Math Center was established in 1996. The Small Business Entrepreneurship Center opened in spring 2012. The college opened the Veteran Success Center, a space dedicated to provide services for U.S. military veterans and their dependents, in spring 2015. The MESA & STEM Center, and AIM to Dream Center also provide support to help students succeed during their time at Hancock.

Students’ financial needs outside the classroom have been met over the years by a growing number of support programs. During the 2019-20 academic year, the college awarded more than $22 million in financial aid to students. In the same year, the Student Emergency Fund provided more than $45,000 to financially assist Hancock students with housing, food, childcare, mental health and wellness resources. In each of the last three years, the Allan Hancock College Foundation has awarded more than $500,000 in scholarships to students.

In 1974, the college opened its Financial Aid and Job Placement offices. In addition, the Extended Opportunity Programs and Services (EOPS) has helped students with “over and above” support services since the 1970s.

College Achievement Now, a TRIO program funded by the Department of Education, was launched in 2010. The program serves first-generation and economically disadvantaged college students.

In March of 2020, Hancock expanded its Food Share Because We Care program by providing pre-bagged produce and nonperishable food to any member of the public twice per week at its Santa Maria campus. The food was provided by the Food Bank of Santa Barbara County, and bagged and distributed by Hancock student ambassadors, staff, and college volunteers. To date, the program has provided food to nearly 79,179 local households and a total of 358,603 individuals as of March 2021.

Theater has formed a strong part of the college’s relationship with the community. From its beginning in 1964, Pacific Conservatory Theatre (PCPA) has offered more than 500 plays and musicals, maintained a resident company of artists, and trained more than 10,000 actors and technicians. PCPA has also presented plays in Solvang since 1971, leading to the building of the Solvang Festival Theater in 1974.

The Hancock Promise provides local high school graduates with a year of free tuition at Allan Hancock College. The Promise is open to all students who enroll at Hancock immediately after graduating from a high school located in the Allan Hancock Joint Community College District. Students who are home-schooled or completed their GED through a local adult education program within the district (GED and HiSET graduates) are also eligible. Benefits for Promise students include: saving more than $1,200 in tuition and fees; early registration for classes; personalized counseling for academic success; free tutoring and other academic support services. Funding for the Hancock Promise comes entirely from private donations from generous members of the community.

Since the first classes taught in 1952 at the Camp Cooke Army barracks (now Vandenberg Space Force Base), the college has offered extensive courses in the community and remains committed to serving the Lompoc and Santa Ynez valleys. The college opened its Vandenberg Air Force Base Center (now Vandenberg Space Force Base Center) in 1957. Classes have been taught in the Santa Ynez Valley since 1971 and in Lompoc since 1974. The college completed construction of a permanent Lompoc Valley Center in spring 1999. The Solvang Center opened in August 2000, which later moved to the Santa Ynez Valley in 2017. In 2006, district voters passed a $180 million bond Measure I to upgrade facilities and technology. See the timeline for results.

Since 2006, technology improvements have included a complete overhaul of the college’s mainframe, resulting in the installation of an integrated campus system that includes student and employee databases, registration, financial aid, purchasing, payroll, and more.

Remaining Measure I facilities projects include a new 88,000-square foot fine arts facility, which is scheduled to open by October 2022, and continuing technology enhancements.

Allan Hancock College has established itself as a premier educational institution serving residents from the Central Coast of California and beyond. It also contributes significantly to the local economy as the one of the largest employers in Northern Santa Barbara County, with approximately 1,300 employees.

The history of Allan Hancock College is rich with accomplishment. Although the board of trustees, administration, faculty, and staff value the college's past, they also have a vision for the future, as do our 20,000 students each semester, who choose Allan Hancock College with the goal of "changing the odds" for themselves.