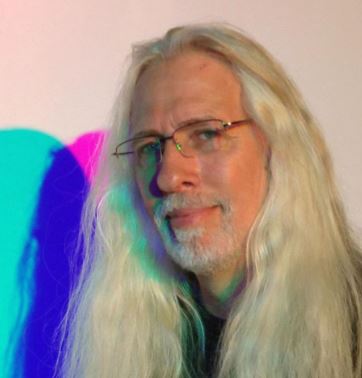 Ken Cope is a classically-trained 2D and 3D animator whose work has appeared in television, feature films, theme park attractions, and games. Apprenticing at Don Bluth Studios (on "The Secret of NIMH") and Filmation (He-Man and She-Ra), Ken applied CG techniques to traditional production, flying 3D vehicles for "Bravestarr." Ken worked on CG environments, vehicles, and characters, for ride films at Universal Studios, and Sanrio Puroland. Ken’s shape building for facial animation was showcased as the face of "Cain" in the film "Robocop II." After returning to pencil and paper at Walt Disney Feature Animation for Disney Legend Andreas Deja, on "Mickey's Prince and the Pauper" and "Beauty and the Beast," Ken moved to Imagineering Labs to create 3D versions of characters from "Aladdin" for their Virtual Reality Magic Carpet Ride. Working in game art and design, Ken has trained teams animating for everything from the N64 to the Xbox, and in 1999, began teaching in Bay Area schools before completing a BA in Cinema at SFSU. After teaching as an adjunct in 2D and 3D at California College of the Arts in Oakland, and Cañada Community College in Redwood City, Ken joined the Allan Hancock College Fine Arts team as an assistant professor of Media Arts in 2017.